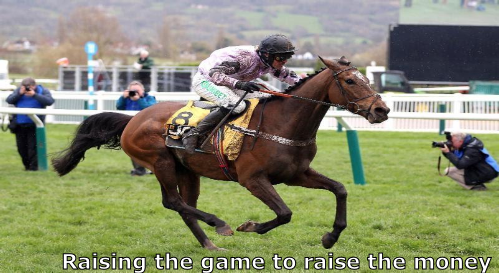 EVENTS FROM THE PAST. The very first charity match was played on the evening of thursday 24th April 2008 7.45pm kick off For the KMFM CHARITY CHALLENGE CUP in Aid of The William Harvey Cardiac Care Unit.

Between Ashford Past and Present XI Vs Razzor Ruddock’s XI. This really caught the public eye with a mad rush for tickets. It was forced upon us with just 48 hours before kick off, that it would have to be ticket only this leading to another rush I can remember coming home from work with people queing at my front door for tickets. With 1.500 people managing to get a ticket.

I believe over 100 people got turned away without tickets on the night. The game was refereed by Martin Yerby who had a great season with a unque Wembley treble ,Martin was an official in the F.A CUP FINAL, the LEAGUE CUP FINAL and then the COMMUNITY SHIELD, so we were honoured to have him in the middle.

So the first personal battle begins that’s KMFM’s Webbo v Gazza’s Ashford Past and Present. Webbo and myself go back a long way, but we have never played on the same side, Webbo went to Duncan Bowen school I was at the North. Both at the tender age of 11 we always met when the two schools played each other. I cant remember one game where a team won by more than 2 goals, the games were always close and hard fought. So this charity game was going to be played the same way and it proved to be so. A fantastic spectacle finishing 4-4. But it didn’t finish there Webbo and myself were not happy sharing the trophy so 1 week later Webbo and I with a cameraman behind closed doors had a penalty shoot-out which finally came to an end at 7-6 to webbos celebrity team. I still don’t know were he pulled out that save from. I had to present Webbo with the trophy more to the point it was a pleasure to hand over a cheque for nearly £8,000 to the cardiac care unit at the William Harvey Hospital. Without whom I may not be here today to tell this story.

So on to the second charity match.This time two charities were chosen Pilgrims Hospice was my choice , Webbo suggested Clic Sargent.This time we moved it to a sunday afternoon date being 26th April 2009. This allowed us to put on more entertainment. We had a play bus for the very young, face painting, and of course Bears came along and entertained us.

On to the game we went. Yet again we had Mr Martin Yerby in the middle. This game was yet another tight and hard fought game. Webbo had a very strong side out. With 3 pros on the pitch 2 from Gillingham 1 from Portsmouth. Ex West Ham and Tottenham player now first team coach at Gillingham Mark Robson had a great game in mid field alongside Andy Hessenthaler and Mark Saunders.

This game was played very strongly after only 10 minutes a Mr Chambers didn’t pull out on a challenge to the Ashford goalkeeper and left Dean Burden on the floor. The score was 1-0 to my side, the Ashford team at the time. But two outstanding goals from Razzor Ruddock’s team, the first one was a header from Mark Saunders then a power drive from Paul Chambers put the celebs into a 2-1 lead at half-time.

Half time we had fantastic entertainment on the pitch when John Farnworth joined us. John is the world and European freestyle football champion. He was amazing.

Second Half : With losing on penalties last year and 2-1 down at half-time I was not happy in the changing room. Simon Glover who should have only played 45 minutes due to a play off’s for his club, stayed out for the rest of the game. With Danny Lye along side him and also Peter McRobert this really did steady the ship. It was not long before it was 2-2 with a fine strike from Ian Batten. Here we are again dead lock.

Some late challenges started creeping into the game as everyone started to get tied. Even I put my leg were it shouldnt have been and took a nasty blow on the side of my knee. Final whistle goes so here we go again this time the penalties were taken on the day. Razzor Ruddock was in goal for his side Neil Manning for my Ashford team.

Bob Bolder stepped up first for the celebs. The ball flew over the bar, well it was my turn and a chance to put my team ahead. I put the ball down to Razor’s Left but lucky for me Razor didn’t reach it, great i’ve scored. Webbo scored his but I must say it was very lucky and he knew it. Jimmy Bottle stepped up for my side, a first team player for Ashford at the time but to my disbelief, he missed it. I felt this was going to slip away again. But penalties from Danny Lye, Andy Morris, Ian Batten, and my captain that day Lee Ealham finished off a 5-4 win to level things up between Webbo and myself.

My day didn’t stop there with my body winding down I forgot all about that knock I took. Should have treated it with packed ice as it blew up to the extent that my body went into shock with pain. So an Ambulance turned up took me away. I can remember my phone going off, I answered it, Tunbridge Wells football club confiming my game two days time.YER RIGHT!.

Well I’m pleased to say I got back on my feet and was delighted with the days events. With another crowd of 1500 turning up for the second year running. Two cheques went out this time round, both just under £6000 each, for Pilgrims Hospice and Clic Sargent. FANTASTIC.

So on we go again, this time different Venue, different Charity as we look to add to the £19.000 we made on the first two games.Thanks to everybody who has supported the past two events with out you this would not be possible. It was then on to the JULIE ROSE STADIUM on Sunday 2nd May. This time for HELP FOR HEROES . – Gazza.